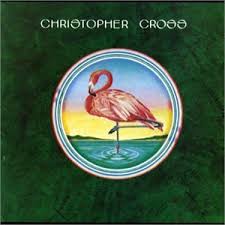 Holmsey is back, all is forgiven at TVNZ and now that we’ve found out the Bay City Rollers never made any money and that the David Cassidy of 2007 owns an unusually tight forehead, it’s time to turn our attention to another potential Whatever Happened To… guest star.

He is a man who won five Grammys all on the one night and will be touching down in New Zealand for his first concert tour in November. One of the biggest soft-rock stars of the early 80s, Christopher Cross has the three prerequisites a “whatever happened to?” kind of celebrity needs: he was massively famous and then wasn’t and has now reemerged with story to tell of fitting “I was never really away” proportions.

So how come he did just disappear? What was it like writing with Burt Bacharach? Why is he so keen to drink beer with New Zealanders? In a half hour chat the affable Cross was to tell me more than enough to consider flicking Paul Holmes a transcript.

Touring with the Beach Boys in November for two New Zealand dates (New Plymouth November 17, Auckland November 18), it turns out Cross is long time family friends with the group who refuse to call him their “opening act.” Beach Boy Bruce Johnston told me a week earlier that this was an equal double-bill, a comment which draws a humble and embarrassed response. “Well that’s very kind of him, I wouldn’t say that’s true, but Bruce is a gentleman,” says Cross. He regards it as a thrill to be sharing the stage with his heroes the Beach Boys, especially because it honours his late buddy Carl Wilson.

This site uses Akismet to reduce spam. Learn how your comment data is processed.